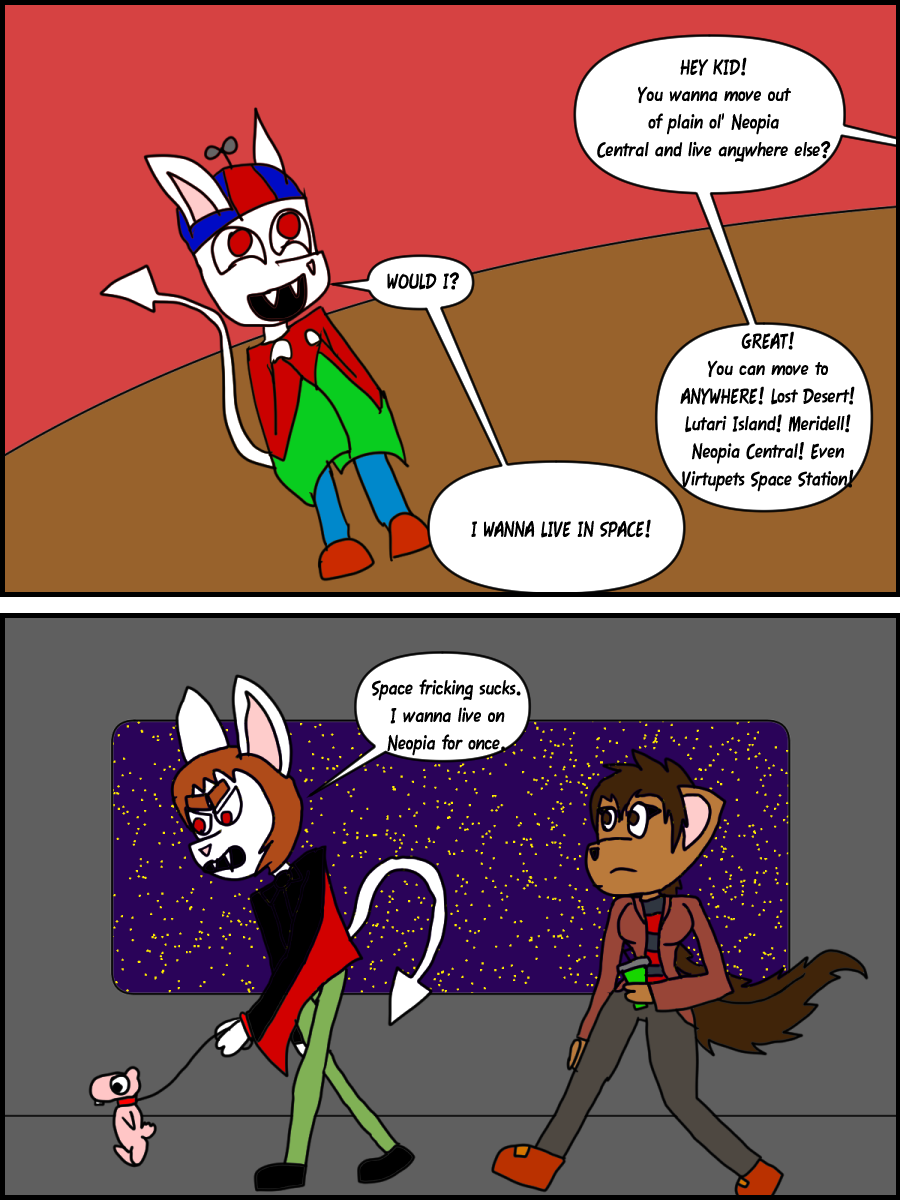 Originally, Neohomes were VERY customizable. You got a plot and 3 stories to work with, and could build rooms one-by-one, before furnishing them with items obtained from the various furniture stores across Neopia.
Like most things onsite, Neohomes were a money sink. First off, depending on which land you wanted to live in, prices would go up, I think with Virtupets Space Station being the priciest. Then there was the room material, which had varying levels of cost despite being cosmetic. And then there were commodities like lighting, security, and walls and flooring, which weren't even cosmetic. And furniture varied in price.
It also took time to get permitted to build, to put up a new room, to destroy a room...

Then came NEW Neohomes. Basically, you got a plot of land and a building FOR FREE, and more control over where things went. And more lands were available - including Lutari Island (which is infamous for being nothing more than an outdated ad for a service for flip phones) and Moltara, which was introduced around the same time. And it cost the same amount of Neopoints to live in Virtupets as it did Neopia Central - FREE. It came with basic furniture! And you could display your Neopets!
What could possibly be the catch? WELL, you only got one room. They were buggy and slow. Layering objects didn't always work. And despite the promise that we could change where in Neopia we lived, changing Neohomes was never implemented. Now, both Neohome systems are abandoned, though they were accessible before Flash died.

So yeah. Space was novel as a kid, but things change.
edit delete

I remember my own Neohome being janky beyond belief, like just the ugliest thing ever, like literally the "damn bitch you live like this" of Neohomes because I just piled random stuff in there
edit delete reply